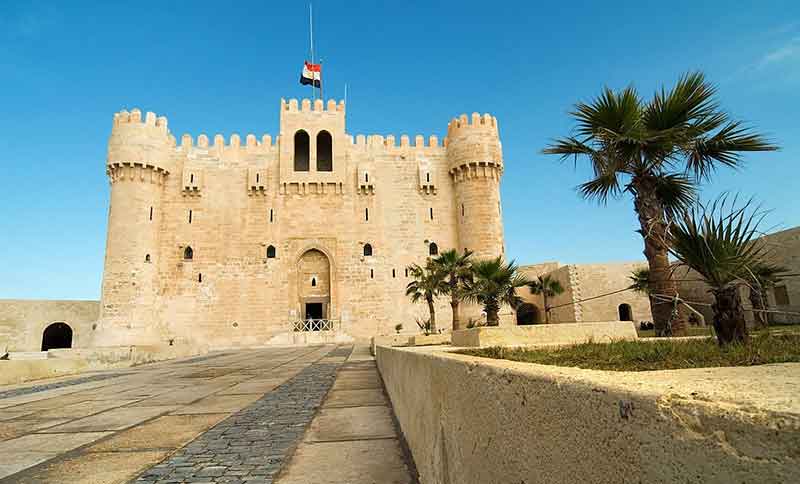 This trip will give you the chance to explore some of the greatest cities in Egypt and to see some of its great attractions.

You'll start with Cairo, the capital, go to Alexandria, the closest city to the Egyptians' hearts, and then have a magical Nile cruise from Luxor to Aswan, exploring everything within.

When you arrive at Cairo International Airport, you will find our representative welcoming you and waiting to assist you through passport control.

You'll be transferred to the hotel to check-in, and take your welcome drink, then have some rest. Goodnight.

Enjoy your morning meal at the hotel. Then Depart for a full-day tour.

Start with The Egyptian Museum ; you can't come to Egypt and don't see the biggest museum in the region that houses over 100,000 pieces of antiquities.

Head to a local restaurant for lunch.

The next stop will be Salah El Din Citadel, dating from the Islamic dynasty in Egypt at the end of the 12th century; this place witnessed numerous historical events, then Mohamed Ali Mosque. This Islamic architectural masterpiece goes back to the Ottomans' reign.

End the tour with Khan El Khalili, the most famous historical bazaar in Egypt; you'll see some excellent souvenirs that you can get for your family and friends.

Back to the hotel for a good night's sleep.

Enjoy your breakfast at the hotel before you check-out. We got a great visit prepared for you.

You can't miss seeing The Three Majestic Pyramids, the tombs of 3 great kings. The pharaohs believed in life after death as they thought they would revive again, so they built the pyramids to have a flourished Afterlife. Those three pyramids are the most famous. They are guarded by the mythical creature, the Sphinx, with a body of a lion and a human head.

After the visit, you'll have a road trip for about 3 hours to reach Alexandria ( about 220 Km).

As you arrive, you'll check-in at the hotel and then enjoy your free afternoon to have a tour of this fantastic city before going to sleep.

Enjoy your breakfast at the hotel, then check-out and head to explore this exceptional city founded by Alexander the Great.

Alexandria Bibliotheca: It was rebuilt in the late 80s of the 20th century in the ancient famous library's place; it is considered as the window of Egypt on the world.

The Catacombs: a historical, archaeological site, merging between the Roman, Greek, and Egyptians' cultural points. It is the largest known Roman burial site in Egypt and was discovered accidentally by a donkey in 1900.

Stop to enjoy lunch by the Mediterranean before continuing visits.

The Roman Theatre: it is one of the most popular attractions in Alexandria, as it is the only one of its type discovered in Egypt; it was found by coincidence in 1960.

Drive back to Cairo. Upon arrival, check-in to the hotel and have a goodnight.

You'll check-out from the hotel and go to the airport first thing in the morning to fly to Luxor .

Our representative will meet you at the airport to take you for a tour in the West Bank.

Starting with the Valley of the Kings, it's a cemetery of the pharaohs, where you'll find more than 62 tombs that have been discovered so far of the greatest kings of the New Kingdom.

Then The Temple of Queen Hatshepsut, one of the most impressive temples built by the Queen to prove herself in a man position, her architect Senmout designed the temple.

On your way to the Nile cruise, you'll stop at the two Colossi of Memnon, two incredible stone statues of the pharaoh Amenophis III. They are located facing east toward the Nile.

Drive back to the East Bank to check-in to the Nile cruise to enjoy your lunch and have some rest.

The afternoon is free for you to explore Luxor, the ancient city of Thebes, like a local.

Back on board for dinner, Sleep tight.

Get ready to explore the attractions of the Eastside.

Visit the Great Temple Of Karnak , dedicated to Amen, Mut, and Khonsu. This temple was built during about 2,000 years, starting from the Middle Kingdom, and continued throughout the years till the Ptolemaic period.

Then visit Luxor Temple: located in Thebes that used to be Egypt's capital and built by King Amenophis III, continued by the famous Ramses II . It was always used as a place of worship throughout the ages.

Back on board so we can start sailing to Edfu.

Don't forget to enjoy your meals on board.

After breakfast, depart to make a visit.

You'll visit Edfu Temple , the temple dedicated to Haroeris, the falcon; it is one of the most preserved temples; you will find it in great shape.

Back on board to resume sailing to Kom Ombo while you enjoy your lunch.

Return to the cruise to continue sailing to Aswan while you enjoy your meals.

Enjoy your breakfast before you start the visits.

The High Dam; its importance consists of the disasters it prevents from floods to drought; it was built during the 60's of the 20th C. It produced one of the largest artificial lakes in the world: Lake Nasser.

Philae Temple , which was moved stone by stone from its original place on Philae island to Agilkia island after it was submerged, a very complicated process that took years to be accomplished.

After you have a nice meal and rest, we will take you on a relaxing felucca ride in the Nile in the afternoon.

Then back to the cruise for dinner and good night's sleep.

After breakfast, make sure you've packed all your stuff to check-out from the Nile Cruise.

You'll be transported to Aswan Airport to fly back to Cairo.

Upon arrival in Cairo, you'll check-in in the hotel.

Time to explore the capital on your own; the afternoon is free for you to do that. There is a lot to see and a lot to eat in this city that never sleeps.

Enjoy your breakfast at the hotel before saying Goodbye to Egypt and check-out.

We will transfer you to Cairo Airport to fly back home.

We will definitely be glad to have you again. Have a safe flight.