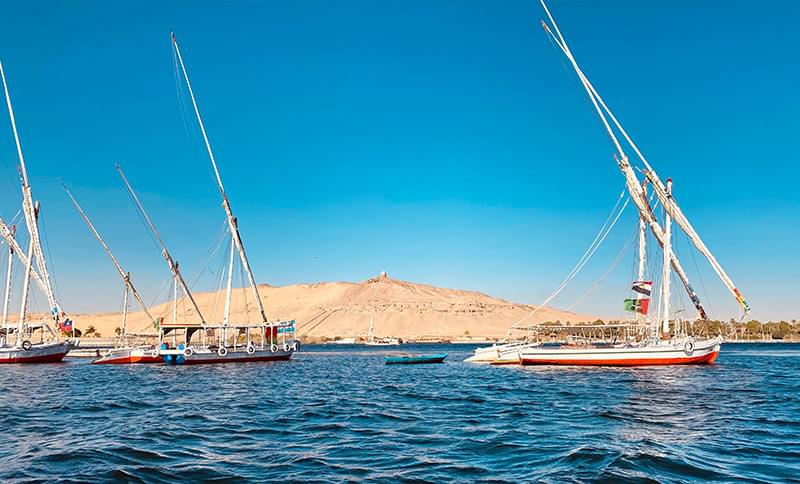 Explore the greatness of Egypt, starting with Cairo, and enjoy a unique way of accommodation on a Nile cruise while exploring Luxor and Aswan.

Relax on the beach of Hurghada, under the warm sun, and enjoy some water activities.

Welcome to Egypt; upon arrival, you’ll find our representative at the airport, who will help you through passport control and customs formalities.

Then he’ll transfer you to the hotel, help you check-in.

Enjoy a tasty breakfast at the hotel.

Start a full-day tour around the best of Cairo. You will visit the Egyptian Museum, where you can find more 100.000 pieces of original antiquities and artifacts from the different ages of Egyptian history. Sure, without missing the famous treasure of King Tut Ankh Amen and the mask made from pure gold.

Then move to Salah El Din Citadel, built by Salah El Dine himself during the crusades to be the point of power, and it became after that the seat of rulers of Egypt for several centuries. It contains five mosques, but the most famous and bigger one is the Mohamed Ali Mosque, built by Mohamed Ali Pasha during the 19th century.

Then move to the Khan El Khalili open market, have a walking tour between its streets, and buy a souvenir.

Then visit Khan El Khalili open market, enjoy the old Islamic architecture, and buy some souvenirs for your family and friends.

Then you'll be moving to the Giza RailWay Station to take the sleeping train toward Aswan.

Dinner will be served on board.

Good morning; have your breakfast. Upon arrival You’ll start your visits through Aswan .

Upon arrival, you’ll start the city visits by a visit to the High Dam; it was built in 1960 to protect lands from the Nile floods and to produce electricity.

Then move to the Philae Temple ; UNESCO had saved this Temple from Nile floods by moving it from its original location to Agilkya Island.

Now you’ll have the chance to get some rest, check-in at the Nile cruise where you’re going to stay for the next few days, enjoy lunch on board.

In the afternoon, enjoy a Felucca ride between the Nile islands.

Good morning; enjoy your breakfast on board.

Hop off the board to visit Kom Ombo Temple, dedicated to two gods, Sobek, who was symbolized as a crocodile, and Haroeris, the falcon.

Then back to the boat, have your lunch while sailing to Edfu.

Visit Edfu Temple, a well-conserved temple, was built in the Ptolemaic Kingdom between 237 and 57 BCE—dedicated to god Horus the Falcon.

Then back to the boat, you’ll be sailing overnight toward Luxor via Esna Lock.

Enjoy your dinner and sweet dreams.

After breakfast, get ready for the upcoming exploration.

Move to the west bank of the Nile, visit The Valley of The Kings, where you can find tombs of Kings and Nobles from the new kingdom, which show you how were they believing in the afterlife, don’t miss visiting the famous tomb of King Tut Ankh Amen that was found intact.

Then visit the Temple of Hatshepsut , designed by the genius engineer Senmout, dedicated to god Amen.

On your way back to the boat, stop to visit The Two Colossi of Memnon, depicting King Amenophis III, who reigned in Egypt during the 18th Dynasty.

Then back to the Nile cruise, enjoy your meals on board.

After breakfast, check-out from the Nile cruise.

But before leaving the city, visit Karnak Temple, which was built during 2000 years, maybe the longest construction time in history, you can witness the marks of different kings, especially the ones of King Ramses The Great.

Then visit Luxor Temple, founded by Amenophis III and the great Ramses II 1400 BCE. This Temple wasn’t dedicated to a god unlikely the others; instead, it was dedicated to the rejuvenation of kingship.

Then you’ll be heading to Hurghada, 290 km far away, upon arrival check-in at the hotel and have a good night.

Then relax on the beach under the sun, get tanned, or go swim.

Another day of relaxation on the beach, you can have a snorkeling swim or dive deeper to witness the beautiful maritime life under the water with all the colors.

After breakfast, check-out from the hotel.

You’ll be heading to Cairo again, 460 km far away.

Upon arrival, check-in at the hotel and have a good night.

Have your breakfast; you have an upcoming day full of visits.

You cannot visit Egypt without visiting the most famous monument in the world, The Great Pyramids of Giza, three tombs of three Kings, Cheops, Chephren, and Myckerinus; don’t miss visiting their guardian The the Sphinx a lion body with human head statue.

Then a visit to the oldest capital in Egypt and maybe ever known, Memphis, Capital of ancient Egypt, founded by the Pharaoh Menes, who was also the founder of the Early Dynastic.

Back to the hotel, and have sweet dreams.

You’ll be heading to the airport to take a flight back home. 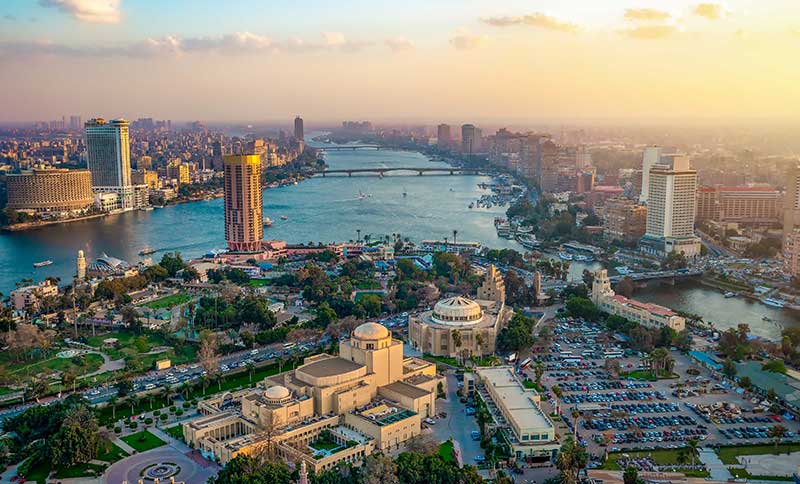 Egypt is a country with a unique history; it is full of ancient sites that go back centuries ago; most of them lay around the Nile, where... [Read More]