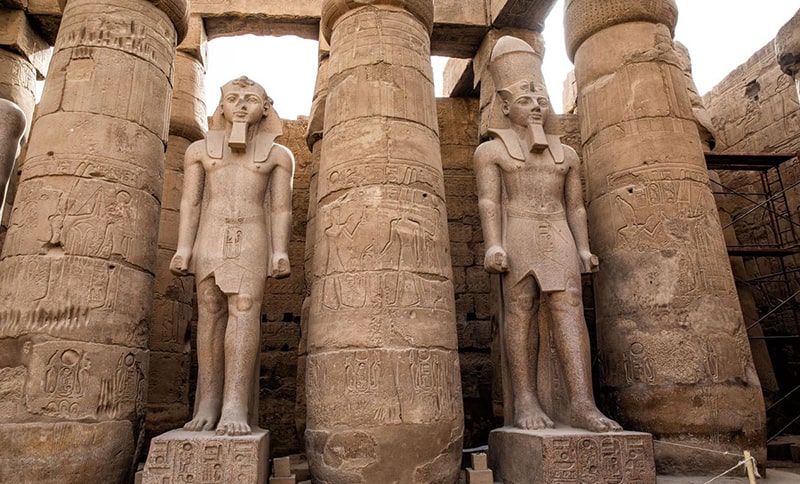 This journey is to explore a bit of Cairo’s magic and more of the magic within the Nile between Luxor and Aswan.

You will get to visit one of the best temples from ancient Egypt and know about their history.

Hope you had a comfortable flight. When you arrive, you’ll find our representative at the airport waiting to offer you all the help you need.

Slept well? We have planned a city tour for you. Let the magic begin.

The Egyptian Museum : it houses more than 100,000 original pieces of history that tell us about the lives of the pharaohs, how they dressed, and what they used in their daily lives. You’ll also find treasures of great kings, including King Tut Ankh Amen , that has a whole section dedicated to him.

The Three Majestic Pyramid: It’s where the three great Kings: Cheops, Chephren, and Myckerinus, built their tombs. They prepared the pyramids for their next life as the pharaohs believed in the afterlife. You’ll also find the Sphinx guarding the pyramids with his lion body and a human head.

Start your day early as you have a flight to catch.

We will transfer you to Cairo Airport to fly to Luxor and start the visits immediately by the West Bank of the Nile.

The Valley Of The Kings, where the most famous collection of underground tombs lies, it is also known by “The valley of gates of the Kings.” You’ll see some of these tombs from inside. They are still keeping their colors even after so many years. The Pharaohs were great, indeed.

The Temple Of Queen Hatshepsut : it was built by the Queen to immortalize her name after she crowned herself Pharaoh of Egypt. The temple was modeled after the temple of Mentuhotep II, but on a much larger scale and an exceptional place surrounded by mountain, it was created by her architect Senmout.

The Two Colossi of Memnon: they are twin statues of Amenophis III in a seated position guarding the entrance of his mortuary temple, where he was worshiped as a god. The Romans gave them the name Memnon after the name of a hero of the Trojan War from Greek Mythology.

After you finish the visits, you’ll go to the Nile cruise, where you’ll be sailing in for a few days.

Enjoy your breakfast on board before you start today’s visits.

You’ll start with the Great Temple of Karnak, where you may get lost between its 134 columns. The temple was constructed over 2,000 years, starting in the Middle Kingdom and continued into the Ptolemaic period. The temple is dedicated to Gods Amen, Mut, and Khonsu.

Then, Luxor Temple that wasn’t dedicated to gods like most of the temples; instead, it was dedicated to the rejuvenation of Kingship. It might have been the temple where the Pharaohs of Egypt were crowned.

After that, we will return to the ship to start sailing toward Edfu via Esna Lock; make sure to watch it.

Enjoy your meals and your stay on board.

You have arrived at Edfu, enjoy your breakfast, we have a visit to make.

You’ll be visiting Edfu Temple , built during the Ptolemaic Kingdom between 237 and 57 BCE. The temple was dedicated to god Horus, the Falcon, and is considered as one of the best-preserved temples.

Go back to the ship to enjoy your lunch while sailing to Kom Ombo.

Kom Ombo Temple is a unique double designed temple built in the Ptolemaic dynasty. It was dedicated to Sobek, the crocodile, god of fertility, and Haroeris, the Falcon, god of the sky.

Back on board for dinner and enjoy the ship facilities while we sail to our next destination.

Good morning. Time to explore the lovely city of Aswan .

You’ll visit the High Dam, a modern construction that was built between 1960 and 1971. Its importance goes back to the disasters it’s preventing from floods and drought.

Then visit Philae Temple that was moved entirely to Agilkia Island, a very complicated process that took years to accomplish. The temple was dedicated to the Goddess Isis and built in the Greek era and also had some earlier construction.

In the afternoon, you’ll enjoy a new experience of riding a Felucca on the Nile.

No other plans for the day; you can now rest on the boat and eat your meals.

Have your breakfast before you check-out from the cruise.

We will transfer you to Aswan Airport to fly back to Cairo.

Then we will take you to a hotel to check-in and spend the night.

After breakfast, check-out from the hotel so we can take you to the airport to fly back home.

Time to leave with all the good memories. Hope to see you again for another trip with more memories to make. 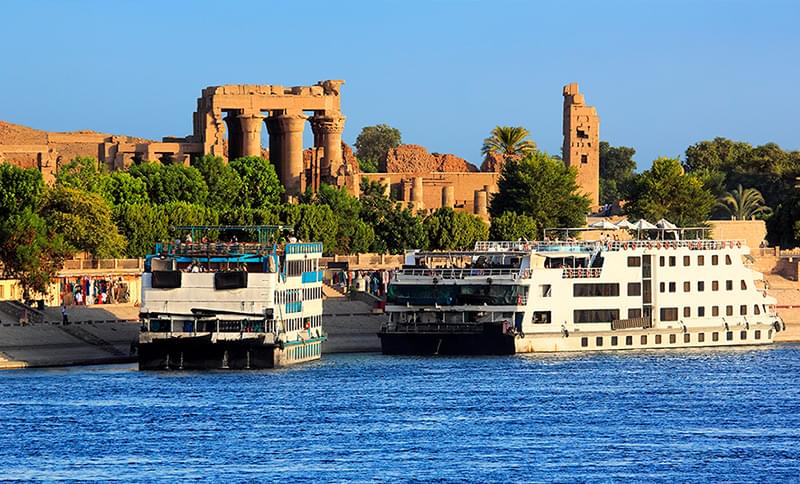 A tour in Egypt that’ll take you behind the High Dam and in front of it, and for sure it will take you deep inside Egyptian history. Starting... [Read More]
LATEST BLOG