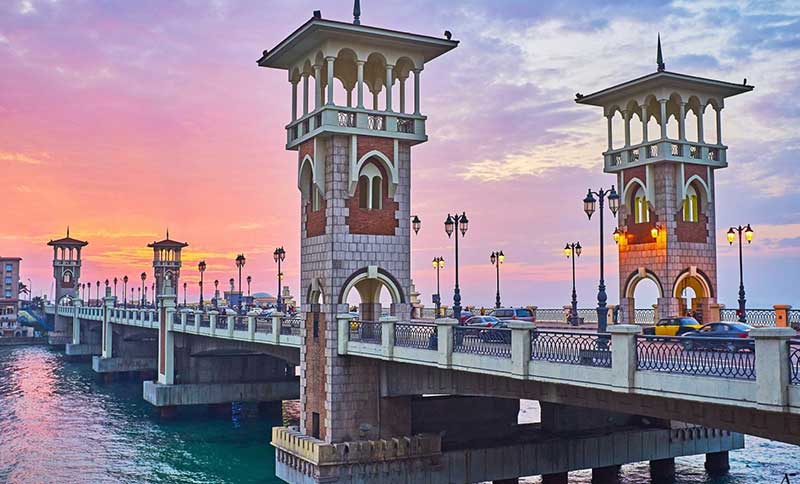 A trip will take you between two great cities.

Cairo, the current capital of Egypt, and where you can be a witness of the diversity of cultures existed once in Egypt.

And then enjoy an Alexandria tour, it was named after Alexander the Great, who had built this city, where you'll be amazed by the sea view, and a lot of historical sightseeing.

One of the best Egypt little vacation all-inclusive packages.

Welcome to Egypt's current capital, Cairo. Our representative will meet you at the airport offering you all kinds of help needed.

You'll be transported to the hotel, finish your check-in procedures, and have a good night.

Breakfast as fast as you can to start a journey full of exploration.

The Great Pyramids of Giza, the most gorgeous monuments you could ever face, Cheops, Chephren, and Myckerinus were laying there comfortably after creating one of the old Seven Wonders of the World, guarded by the Sphinx .

Then a visit to the oldest capital in Egypt and maybe ever known, Memphis, Capital of ancient Egypt , founded by the Pharaoh Menes, who was also the founder of the Early Dynastic.

After breakfast, you'll be heading from Cairo to Alexandria. about 220 km far away

This city was once Egypt's capital and the world's destination for culture and philosophy.

visit to Bibliotheca of Alexandria, it was built as a commemoration of the old library that was lost and was once the world's source of literature and culture.

Kom El Shoqafa Catacombs, a series of Alexandrian tombs, statues, and archaeological objects of the Pharaonic funeral cult with Hellenistic and early Imperial Roman influences, which had been rediscovered accidentally by a donkey in 1900.

Citadel of Qaitbay, established in 1477 by Sultan Al-Ashraf Sayf al-Din Qa'it Bay to be a defensive fortress.

Montazah Palace, this palace was built as a hunting lodge and residence for Khedive Abbas II and his companion in 1892; you can enjoy a tour in its beautiful gardens.

After all these visits, you'll be transported back to Cairo, spend the night at the hotel, and good night.

Have your breakfast at the hotel, and get ready for today's tour.

Begin your tour with a visit to The Egyptian Museum , containing more than 100.000 pieces of antiquities, especially the famous treasure of King Tut Ankh Amen , which has kept his high quality over the years.

A visit to Old Cairo is going to introduce you to the different ages of Egyptian history. You'll have a tour between its old streets and explore the oldest Churches built in Egypt, where Christianity was kept safe over the ages.

St Mary Church, the Hanging Church, built in Basilican style, and existing since 692. It was called the hanging church because of its location above a gatehouse of Babylon Fortress, the Roman fortress.

St Barbara Church, founded in the 5th century, where you can witness the ancient Coptic architecture.

St Sergius and Bacchus Church, also known as Abu Serga. It is believed that it has been built on the spot where the Holy Family, Joseph, Mary, and the infant Jesus Christ, rested at the end of their journey into Egypt.

Ben Ezra Synagogue that'll give you a brief on the Jews life in Egypt.

Salah El Din Citadel, built by Salah El-Din himself in 1176, and had been developed by several subsequent rulers, not so far from Old Cairo, and where you'll find Mohamed Ali Mosque built in the 19th century.

Finish your tour at Khan El Khalili Market, where you can buy some souvenirs for your friends back home and enjoy a walking tour between its buildings with magnificent architecture.

After your breakfast and checking-out, you'll be transported to Cairo International Airport to take your flight back home.

End of a journey, still more to come, keep up the travel.

An opportunity to explore Egypt, it's the most famous parts, and the most unique parts as well, you'll also get to cruise on one of the largest... [Read More] 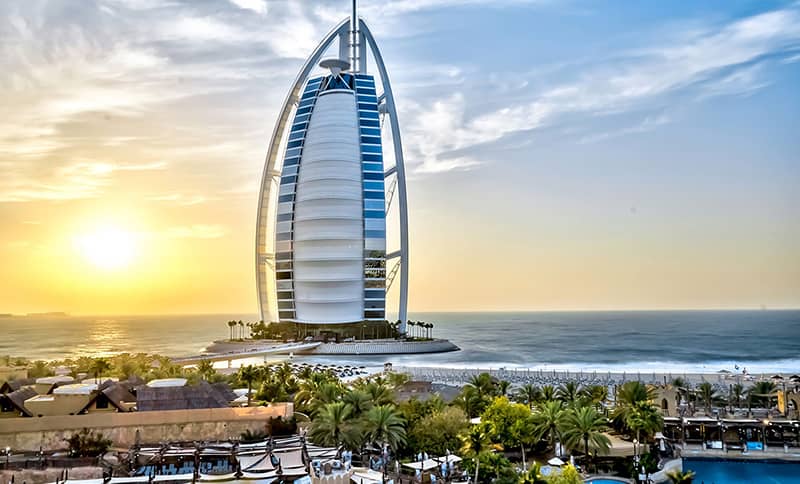 On a quick trip to the fascinating modern city of Dubai, you'll get to explore both the ancient and contemporary sides of the city. You'll enjoy... [Read More]

Egypt is a country that is full of history, with a civilization that started 7,000 years ago; we will take you on a trip to have a glance at the... [Read More]