An adventure in a luxurious way, “Dahabiya” Nile cruise, Nile cruise from Aswan to Luxor, will guide you into the secrets of the Pharaohs after 3 well spent days in Cairo with all its magic.

Dahabiya cruise is a luxurious yacht, without any engines, that goes with the wind.

You’ll be transported to the hotel, finish your check-in procedures, and have a good night

Breakfast at the hotel as fast as you can; there’s a day full of activities waiting for you.

As an introduction to what you are going to witness in the next few days, a tour in the Egyptian Museum has been set up. It contains more than 100.000 pieces of antiquities, with its most famous treasure of King Tut Ankh Amen .

While in Cairo, a visit to Salah El Din Citadel is a must, built by Salah El-Din himself in 1176, and had been developed by several subsequent rulers. It has been the seat of government in Egypt and the residence of its rulers for nearly 700 years from the 13th to the 19th centuries.

Also, you couldn’t miss Mohamed Ali Mosque built in the 19th century by Mohamed Ali Pasha that will amaze you with its magnificent Islamic architecture.

A visit to the center of the old Islamic Cairo, where you can find an old market that has existed here since 1389.Khan El Khalili, where you can have a walk and buy a souvenir for your family and friends.

Back to the hotel, have sweet dreams.

Good morning. Don’t miss your breakfast; you are going to need all your power today.

The Great Pyramids of Giza is on the top of your visits’ list; no wonder it was always one of the top-rated attractions in the world. These Pyramids who aged more than 4000 years old were the tombs of three great kings, Cheops, Chephren, and Mykerinus — guarded by the great Sphinx with its human head and lion body.

Now you are going to visit the capital, the oldest capital in Egypt and maybe ever known, Memphis, Capital of ancient Egypt , founded by the Pharaoh Menes, who was also the founder of the Early Dynastic.

Enough for today, back to the hotel, and recover your energy, good night.

Wake up early, have your breakfast, and check-out to catch your flight to Aswan

Our representative will lead you to the Nile Dahabiya, it means golden, and we believe it’s a well-deserved name. It’s a sailboat, no engines used, and it only goes with the winds. You are going to enjoy your stay there, as it’s considered the best way to make a Luxor and Aswan cruise.

You are going to visit the High Dam first thing in the morning. It was constructed between 1960 and 1976, producing the lake of Nasser behind it, one of the largest human-made lakes in the world.

Then Philae Temple , built by Taharqa or Psamtik II at 7th or the 6th century BC, that had been moved from its original place to the Agilkia Island to protect it from the flood, as part of the UNESCO Nubia Campaign project

Kom Ombo Temple is your last visit for today. This temple is dedicated to two gods, Sobek, the crocodile, the god of fertility and creator of the world with Hathor and Khonsu, and the falcon god Haroeris.

Have a good sleep, and get ready for tomorrow.

Sailing to reach Gebel el Silsila during the 18th Dynasty became a source of sandstone, which is the main reason why these people could build such huge buildings.

Then you’ll be sailing to Fawaza Island, in the middle of the Nile, where you can enjoy a dinner barbeque.

Then get back to Dahabiya and spend the night.

After sailing to Edfu, you’ll visit EdfuTemple, dedicated to god Horus, the Falcon, son of Isis, and Osiris. This temple was built in the Ptolemaic Kingdom between 237 and 57 BCE.

In the afternoon, you’ll visit El Kab. It was called Nekheb in the Egyptian language that refers to Nekhbet, the goddess depicted as a white vulture, where you can find the ruins of temples dating from the Early Dynastic period 3100–2686 BC to the Ptolemaic Kingdom 332–30 BC.

Have your dinner on board while sailing to Esna, and have a good night.

You can enjoy a relaxing day while sailing to Luxor.

All meals will be served on board.

the Temple of Queen Hatshepsut, located at El Deir El Bahari, this mortuary temple is dedicated to Amun. You’ll be stunned by the architecture of the designer Senmout.

the two Colossi of Memnon, two massive stone statues of the pharaoh Amenophis III, who reigned in Egypt during the Eighteenth Dynasty.

In the afternoon, you’ll have the opportunity to be on your own and explore the city as a local, with no guide, so enjoy this free time and have a quick adventure.

After you figure out your way back to the boat, have a good night.

After your breakfast, a visit to the Great Temple of Karnak will be the best thing to do, 2000 of construction, starting with Senusret I in the Middle Kingdom and continuing into the Ptolemaic period.

Last but not least, Luxor Temple , founded by Amenophis III and the great Ramses II 1400 BCE, this temple wasn’t dedicated to a god unlikely the others; instead, it was dedicated to the rejuvenation of kingship.

Then spend your last night on Dahabiya.

Check-out from Dahabiya. You’ll be transported to Luxor Airport to take your flight back to Cairo.

Hope you enjoyed our golden sailing path and hope to have the chance to serve you again.

When the sun had risen over humanity, there was Egypt, and then everything came after. This trip is taking you through the most amazing spots in... [Read More]

Having a good vacation is a tricky thing; it's so rare to find a destination that can fulfill all your family tastes, but in Egypt, everything is... [Read More] 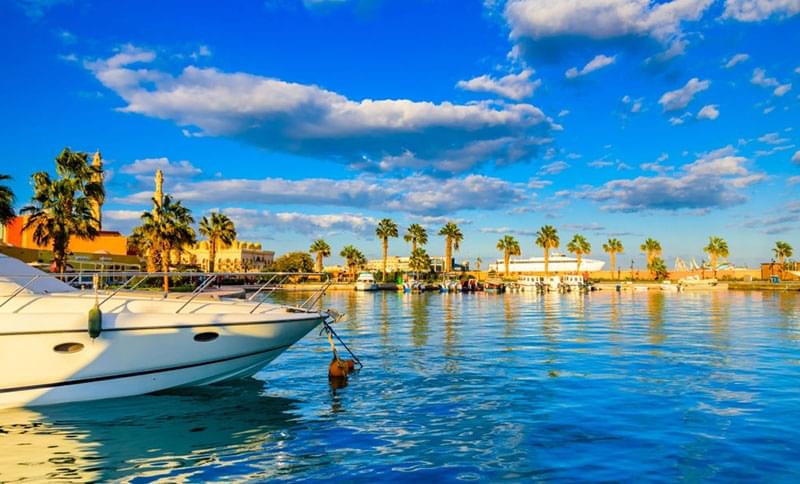 If you have an extended vacation and want to do everything in it, explore some historic monuments, take outstanding pictures at ancient sites and go... [Read More]
LATEST BLOG

Aswan
Jun . 21 . 2020
Aswan…the magical city that lay by the River Nile, at old times they believed that it was the source of the Nile. In ancient times it was called ”Swenett” after the ancient goddess, who was... [Read More]

King Hatshepsut
Jul . 22 . 2020
Deir El Bahri, the place that is famous for the temple of Queen Hatshepsut that lays at its cliff, but not a lot knows that it is part of the Theban Necropolis. It has several mortuary temples and... [Read More]