On the footsteps of the Holy Family, under Pharaohs surveillance
Price 2790
Duration 12 Days
Run
Reviews 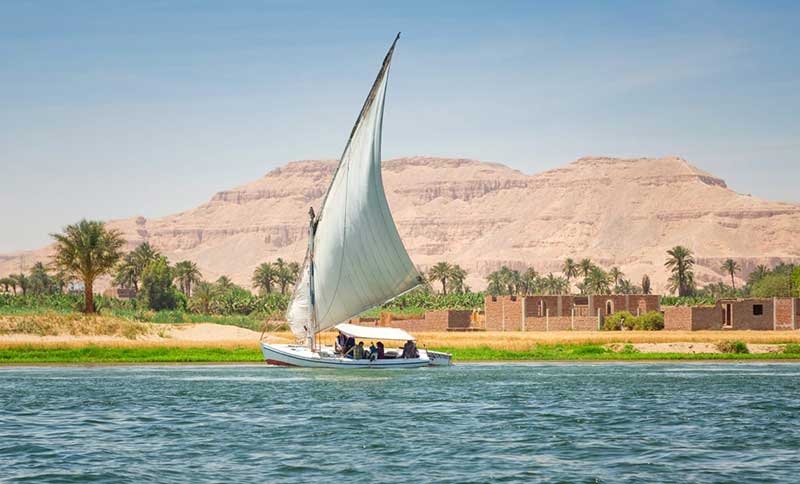 A trip with dual purposes, enjoy some spiritual destinations where the Holy Family had visited once, with some more monasteries telling stories about early Christians and their suffering from persecution.

Without missing the Pharaonic era, with all the temples and monuments.

Welcome to Egypt; Cairo will be your first destination.

Upon arrival, our representative will find you and offer you all kinds of needed help through passport control and customs formalities.

Then you’ll be transported to your hotel, check-in, and have a good night.

Good morning; a tasty breakfast is waiting for you.

Get ready for the upcoming day quickly; a full-day tour is going to amaze you to the max.

Start your day by visiting the Egyptian Museum, containing more than 100,000 pieces of original antiquities, telling stories of greatness and glory of Pharaohs, especially the great treasure of King Tut Ankh Amen.

The Great Pyramids of Giza will be your next destination; three huge pyramids lined up aside to refer to the tombs of three great Kings, Cheops, Chephren, and Myckerinus were their names. They are guarded by the Sphinx, the lion body with a human head statue.

Then you’ll have the opportunity to catch your breath, have your lunch in a local restaurant.

Back to the hotel, and spend the night.

Good morning, a great upcoming day; check out from the hotel after breakfast.

Visit the Church of Holy Virgin in Gabal El Teir (mountain of birds). This church contains a cave where the Holy Family took refuge; the old church was carved into the mountain in 328 AD after the orders of Queen Helena, mother of King Constantine I.

Then move deeper into the south toward Asyut, where your next stop is.

Gabal Quoskam, where Deir El Muharraq is located, this monastery is built around a cave where the Holy Family had spent six months living in; the altar of the church inside the monastery is a rock on which Lord Jesus sat.

Then visit Deir Dronka, where the Holy Family had lived for a while, and it has one unique church called the Cave Church ( kenist El Maghara).

You’ll have lunch in one of the monasteries or en route.

Return to the hotel to have dinner and spend the night.

After breakfast, you’ll be on your way more south to Sohag.

Visit The White Monastery or El Deir El Abyad; it was called by the white referring to the white limestones with what it was built with, also named as the Monastery of Anba Shenouda or St. Shenoute Monastery, established in 442 AD.

Spend the night in a hotel in Sohag.

Breakfast at the hotel.

Then you’ll be moving east to Akhmim, the village of martyrs.

Good morning, have your breakfast then check out from the hotel.

Today’s going to take you back to the Pharaonic era. A bus will take you to Abydos, where you’re going to visit The Temple of Seti I, a mortuary temple built by King Seti I during his reign from 1294 to 1279 BC, and completed by his son King Ramses the Great.

Then back on the road to Denderah, where you are going to visit Hathor Temple, the wife of Horus was built during the Roman Period between 30 BC and 14 AD to be one of the latest temples in Egypt.

Then continue toward Luxor, check-in at the hotel, and have a good night.

Today, you’ll be on a date with greatness. This city is more like an open museum; get ready for your first visit, but first, move to the west bank of the Nile.

Visit The Valley of Kings and The Valley of Queens, where Pharaohs and nobles were buried during the new Kingdom, where you can find the famous tomb of King Tut Ankh Amen.

Then visit Temple Of Queen Hatshepsut, located beneath the cliffs at Deir el-Bahari. A mortuary temple was dedicated to Amun and Hatshepsut, built by Senmout, the great engineer.

Visit the two Colossi of Memnon, two massive stone statues of the pharaoh Amenophis III, who reigned in Egypt during the Eighteenth Dynasty; that’s all we have now from his funeral temple, that had been destroyed right after construction in 1200 BC.

After all these visits, you’ll need a rest, so you’ll be transported to the Nile cruise, where you’ll stay for the next few days, check-in, and enjoy lunch on board.

You’ll have a free afternoon to do whatever you want, but we also can recommend the Sound and Light show in Karnak Temple

Have your dinner on board, and have a good night.

Still in this great city, have your breakfast, and get ready for something special.

A couple of visits are waiting for you, Karnak Temple, where kings during 2000 years were adding to it, with its Hypostyle hall where you can get lost, and its Ram Road with the Sphinxes statues on both sides.

Then back to the boat for your first sailing, to Edfu.

Enjoy lunch and dinner on board, and have a good night.

Have your breakfast on board.

Then proceed with the exploration of the temples by visiting Edfu Temple, dedicated to god Horus the Falcon, son of Isis and Osiris, was built in the Ptolemaic Kingdom between 237 and 57 BCE.

You’ll be back on board for lunch while sailing to Kom Ombo.

Visit Kom Ombo temple, dedicated to two gods, Sobek, the crocodile, the god of fertility and creator of the world with Hathor and Khonsu, and the falcon god Haroeris.

Then back on board, enjoy dinner while sailing to Aswan.

Starting byThe High Dam, built to protect and produce without caring for the Nile’s water flow. Constructed between 1960 and 1971, producing the lake of Nasser behind it, one of the largest man-made lakes in the world.

Then visit Philae Temple, a temple saved from the inundation of the Nile waters by the UNESCO, built by Taharqa or Psamtik II in the 7th or the 6th century BC.

In the afternoon, enjoy a Felucca ride around Elephantine islands.

Then back on board, have dinner, and enjoy the evening.

After breakfast, check out from the Nile Cruise.

You’ll be transported to the airport to take a flight heading to Cairo.

This area is so special for the Coptic Christians; it’s full of monasteries from the early ages of Christianity in Egypt.

AnbaBishoy Monastery, the most famous monastery in Egypt, was established in the 4th century AD.

St Mary Monastery El Syrian, established in the 6th century AD and was called El Syrian as it was mainly used by monks of the Syrian rite.

El Baramous Monastery, the oldest monastery in this area as it was built in 335 AD.

Monasteries are sometimes closed during fasting periods, according to the Coptic calendar, dates to reconfirm.

You’ll be heading south to Cairo; upon arrival, check-in at the hotel, and have a good night.

After breakfast, check out from the hotel, and you’ll be transported to Cairo International Airport to take your flight back home.

End of the trip but not of the adventure, we still got more tours and plans, and we’ll be pleased to see you again.

This trip is for the people who like to take things slowly and enjoy their time with no rush. The journey will start with two full days in Cairo, the... [Read More]