The Egyptian City of Thebes, Between The Past and The Present

Thebes Egypt VS Thebes Greece
There was always a big confusion between the Egyptian and Greek cities of Thebes. Many people wonder about the two cities' relationship, and if Thebes is in Greece or Egypt? "Thebes" is the Greek name given to the actual city of "Luxor" A Greek name appeared for the first time in Homer's poems, and the Greeks called it Thebes when they noticed the similarity between the Egyptian city and the Greek one.

The old city worshipped the god Amun, and the great temple of Karnak was dedicated to him when the Luxor temple was dedicated to his wife. The Greeks also gave many names to the city of Thebes, such as: The city of one hundred gates, as they called it "Dios polis Magna," meaning "the beautiful city of god" likening in this the good god "Amon" to "Zeus," the Greek god. The Egyptians in ancient times knew it by several names. They called it 'the city' out of pride in its position and believing that it was the most important city in Egypt. 'The city of Amun,' 'Wast' the city of the sceptre, and 'The Lady of All Cities' about the prestigious position that it occupied among the cities of Egypt. 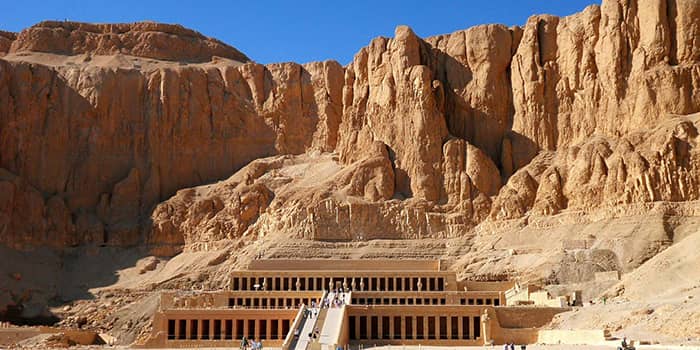 Where is Thebes in Egypt?

As for the modern name 'Luxor,' it was given by the Arabs in the 7th century AC and it means "Palaces" due to the great temples they saw there.

Thebes were the capital of Egypt during the new kingdom (circa 1570-1069 BC) and became an important Centre of god Amun's cult (Amon, the invisible God, is a mixture of the oldest gods Atom and Ra). Its sacred name was P-Amen or Pa-Amen in the sense of 'Amen House.'

According to George Modelatsky, Thebes had about 40,000 citizens in 2000 BC (compared to 60,000 in Memphis, the world's largest city at the time). By 1800 BC, Memphis's population had fallen to be about 30,000 citizens, and Thebes became the largest city in Egypt at the time. Historian Ian Morris estimated that by 1500 BC.

What was the Population of ancient Thebes?

Thebes may have grown into the world's largest 'ancient' city, with a population of about 75,000 citizens until about 900 BC, when Nimrod surpassed it (among others).

Luxor has a desert climate with little rain, but sometimes the rain falls heavily on the hills and mountains of its Eastern desert in times of instability of the atmosphere, causing what is known as floods. The climate varies with the succession of seasons characterized by winter and summer with stable weather conditions, primarily spring and autumn unstable weather conditions and strong winds loaded with dust.

The geographical location of Luxor "Thebes ":

Thebes is located in the Southern region of Upper Egypt. Its centres and cities are distributed on both sides of the Nile river. The actual city of Luxor is the same ancient city of Thebes (Tyba), the capital of Egypt during several Pharaonic periods. It lies about 900km south of Cairo on the banks of the River Nile.

Did the Hyksos invade Thebes city?

A kind of caution characterized the relationship between Thebes kings and the Hyksos, as Thebes and the Southern kingdom enjoyed independence when the foreign kings occupied the Northern kingdom.

In addition, in the 16th century B.C., King Ahmosis started a rebellion against Hyksos, crushed them out of the country, followed them till Palestine and erased all their traces from Egypt, except horses that remain as the only trace from the Hyksos era.

Ahmosis returning victorious to Upper Egypt found 18th Dyn. and the New Kingdom with Thebes as Capital and started the most significant part of Egyptian history.

What is Thebes Egypt known for?

When we mentioned Thebes, that means the Greatest open-air museum in the world. Ancient Thebes and its tombs were added to the UNESCO World Heritage List in 1979. Thebes has almost the 33% of Egypt’s monuments. You can see there, the temples of Karnak and Luxor on the east bank of the Nile, on the west bank the Temple of Ramses III at Medinet Habu, the Ramessium the funeral temple of Ramses II, the Colossi of Memnon the only remains of King Amenhotep III temple, the Temple of Hatshepsut at Deir el-Bahari and the tombs of Valley of the Kings, where Tutankhamun was buried, the tombs of the Valley of the Queens where the beautiful tomb of Nefertari exists, and the city and tombs of royal tomb workers in Deir el-Medina.

A quick overview of the city's most important landmarks and history:

Luxor Temple and Karnak Temple are among the most important temples of 'Thebes.'
Luxor Temple was founded in 1400 BC, and it was built specifically for the cult of 'Amun Ra.'The Karnak Temple has been given attention throughout history due to the greatness of its building and the presence of much of the history of the Pharaohs engraved on its walls. In addition to the unique hall of columns (hypostyle) there, It contains 134 columns that show the beauty and art of the ancient Egyptians. The Road of Rams connected Luxor Temple and Karnak Temple with its sphinx statues but with ram's head.

Not only that but there are many temples and pharaonic monuments that make the city of Thebes (Luxor) a destination for millions of tourists from all over the world over the years.

Curse of the pharaohs and the talking mummy

The stories of the curse of the pharaohs and ancient Egypt curse have always been the raw material for international cinematic works, but is it true or a myth? Some excavations workers in archaeological sites confirm that one of the discovered mummies spoke to them, and this is a story that science is trying to explain!

One of the exciting stories circulated by the inhabitants of the archaeological areas, which approaches ancient legends, is the novel of a sheikh' old man ' who restores monuments after discovering them for display in Egyptian museums that several years ago in the priest's cemetery in the archaeological area of Al-Asif near the Temple of Queen Hatshepsut, he was renovating the tomb of the priest from the tomb of the ancient Prince of Thebes. In his view, he was with him in the cemetery, noticed the change of shape of her face, and moved her lips as if she wanted to say something to them.

On the second day, the dramatic mummy had repeatedly looked at them, and when they had meditated and found her speaking to them in a language close to signing language, she wanted to tell them something. He continued: 'As happened on their first day of work they left that mummy and went to work, but on the third day they felt that the mummy was already talking to them and looking at them and she wanted to tell them a message.'

"On the fourth day of their work at the cemetery, the largest of its kind among the three-story rock-carved tombs, some workers came eagerly to see that mummy, and they kept looking at it as if they were exchanging silent talk with it, and then started telling us something exciting that said they had seen that mummy in their dreams, that came to them in their sleep moments, and asked them for a strange request... ... When the mummy showed them in dreams, the mummy told them, 'I want you to cover my body... I've become... Naked by grave robbers, Please put me under the dust .' But the former director of Luxor's antiquities region denied this and stressed that this is a myth that we cannot confirm. 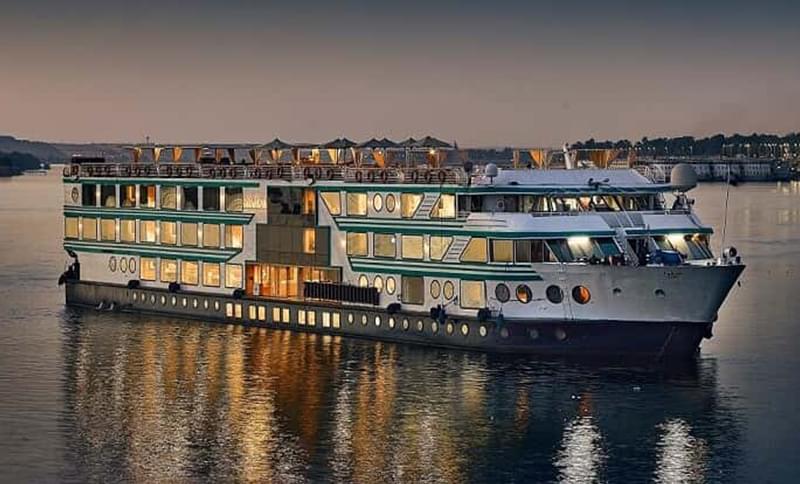