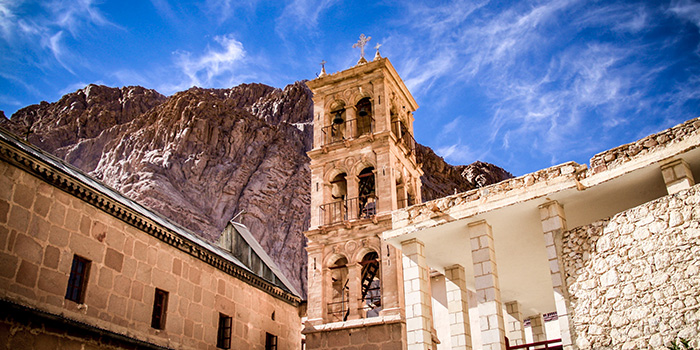 In the middle of Sinai Peninsula, rises a sacred mountain, 1,586 m high (about 5,203 ft) heading to the deep sky pointing to God.

It’s where God talked to Moses while people of Israel were leaving Egypt, and gave him the Ten Commandments as written in Exodus.

That’s why it’s an exceptional location for Jews, Christians, and Muslims as well. Without forgetting the adventurous who are interested in climbing the mount Sinai as it’s the highest point of all Egypt.

Beneath such mountain, lays a Christian monastery dated back from the 6th century AD, St. Catherine Monastery.

Named after St. Catherine, who was tortured to death by her father for being Christian and converting another 50 followers to Christianity.

The Monastery was built by Emperor Justinian, who was ruling the eastern Roman Empire, from 527 to 565 AD.

The Monastery has a special library that contains a wide collection of manuscripts; written in different languages, mainly Greek, also in Arabic, Coptic, and others.

This area is a pilgrimage destination for Christians since the Monastery was built.

Weather in this area is a little bit different than the rest of Egypt; it’s maybe the only part in Egypt that it could snow during winter, as this area on a really high altitude above the sea level, it could reach 4 or 5 degrees below zero.

Though, during summer, it’s warm tends to hot weather, but still cooler than any other part of Egypt. 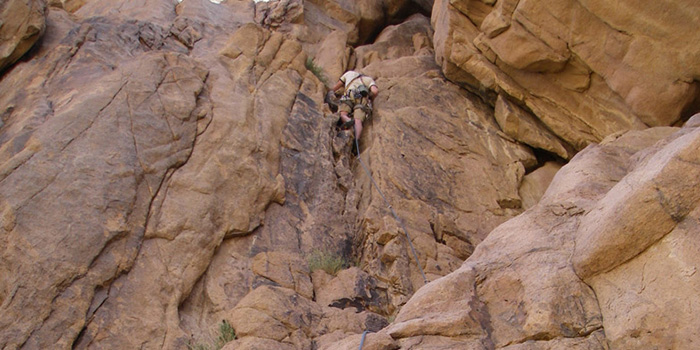 A lot of Adventurous head to St. Catherine’s area to visit and hike to the mountaintop. They mainly start their trekking at midnight so that they could reach the summit by sunrise, which will let you feel you had never seen a sunrise before.

There’s a lot of hotels near mount Sinai, so you could spend the night before climbing or get some rest after going down.

St. Catherine is a magical spot, where you can follow Moses in his way up to meet with God, and where also you can feel the sacredness of the location while having a great adventure.