Battle of Djahy and Sea People By Ramsis lll

Who are the Sea people?
Thousands of years ago, there were warrior people of unknown origin and raiders’ nature; they were called Sea Peoples; they conquered the lands with strong military skills, targeting the Mediterranean area using their privilege on the Sea. They were held responsible for the downfall of many great kingdoms and destroying several Eastern powers in the Bronze Age like the Hittite, Mycenaean, and Mitanni; they were called the Sea people.

What made the Sea People want to invade Egypt ?

During the New Kingdom in Egypt, the golden age of the ancient Egyptian Empire, the sea peoples set their eyes on Egypt for its rich fertile soil and precious materials from gold and gemstones and the most important, for its location in the heart of the world. Egypt was at its prime at that time; it wasn’t easy prey for the sea people.

Was the sea people a real threat to Egypt ?

The Sea people decided to invade and conquer Egypt, Ramses III was the ruler of Egypt at that time, and he saw them as a real threat as they have improved and increased in number. And so, in the 8th year of Ramses III’s reign in 1178 BC, they pursued their target of invading Egypt.

What was Ramses III plan to fight the Sea People ?

Ramses III was a smart king with tactic thinking; he knew that the sea people’s strength was on the Sea and the Egyptian army wouldn’t match them; he knew the inferiority of his naval forces. When the Sea people moved to the borders of Egypt, Ramses III was waiting for them with his army at Djahy, currently in Southern Lebanon.

The King dragged them till they reached the Nile Delta, and their army was waiting with bowmen and hooks. They capsized the enemies’ ships and shot their arrows on them; while the sea people only had swords and spears, the enemy’s ships couldn’t move or counter-attack. The cunning tactic of Ramses III led to a triumph for the Egyptians and defeat for the sea peoples.

What was the consequence of the battle of Djahy?

Although the battle of Djahy was met with victory from the Egyptian side, its consequences don’t really count as a win. The Egyptian army was exhausted after this battle, the country’s treasures were drained, which led to the weakening of Egypt’s power.

How do we know about the Battle Of Djahy ?

The battle of Djahy marks the end of the glorious days of the New Kingdom; it is considered a vital battle in Egyptian history as it defined the future of Egypt after it. We know so much about this battle from the walls of the temple of Ramses III at Medinet Habu; the inscriptions of the battle are considered the largest ever found.
Can we really count this battle as a victory? It seems like we won the battle, but the price was the glory. 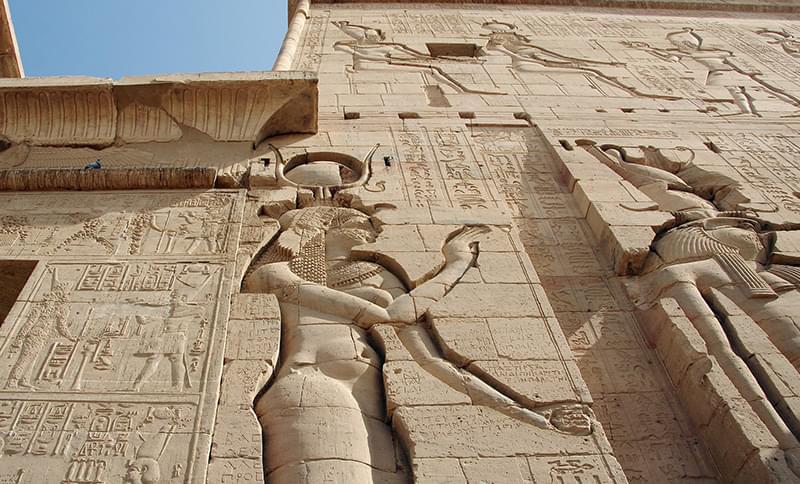