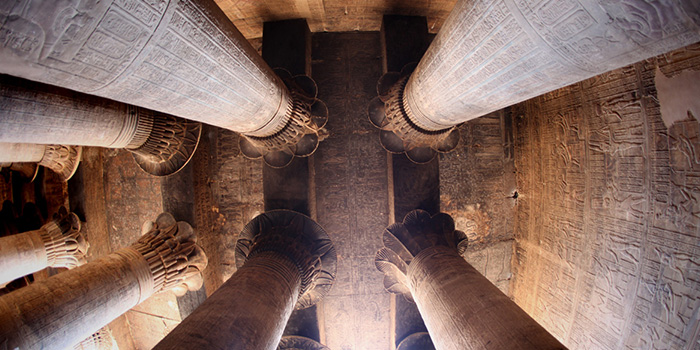 Walking through Egypt’s cities and villages, you’ll always find a piece of history telling stories about our ancestors; and Esna is not an exception. Esna is a small city on the west bank of the Nile where you can find the Temple of Esna or the Temple of Khnum.

Where is Esna and the Temple of Khnum?

Esna is 55 km south to Luxor, and around 780 km far from Cairo the capital, lays on the west bank between Luxor and Aswan. It was also called Senat during ancient Egypt, and later the Greeks called it Latopolis.

It’s believed that Thutmose III had started the construction of this temple, but it wasn’t completed until the Ptolemaic and Roman periods (40 to 250 AD).

Khnum god, who was worshipped in this temple, was one of the oldest Egyptian deities ever known. He was depicted as a human with a ram head.

He was the guardian of the Nile River source; that’s why he had a unique position between all the gods; as for the Egyptians, the Nile is the source of life till now. 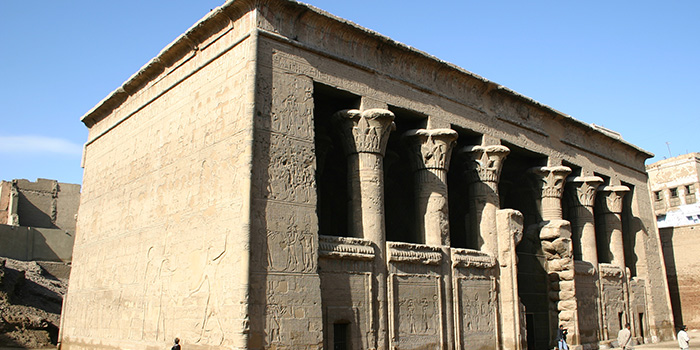 To go inside the temple, you’ll be passing through a hall of columns, 6 rows consisting of 4 columns each; 24 columns having lotus-leaf capitals are forming the main hall of the temple.

The walls are covered by inscriptions showing some Romans and Ptolemaic Emperors offering some sacrifices to Khnum, and they were dressing like Pharaohs, as it’s believed that they were trying to earn the Egyptian trust.

One of the wall reliefs is showing god Horus with god Khnum pulling a net full of fish from the Nile, with a description written in hieroglyphic inscriptions that is the last ever known and recorded dating from the reign of Decius (249 to 251 AD).

The main entrance has rooms on both sides that were used once by priests as storerooms.

Esna is one of the marvelous cities of Egypt, and a midpoint between two water levels that requires a lock system so the boats and Nile cruises could pass through. A visit will be exceptional and full of experience.